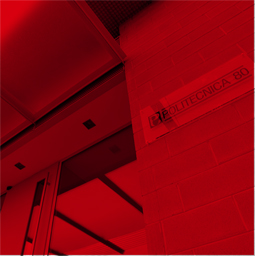 In 1980 POLITECNICA80 was born following an intuition of the Partners who, attentive to technological changes and ready for new market opportunities, launched themselves into automotive world, gathering in the increase of comfort on board the beginning of an evolution of the car that would no longer stop. Therefore, the production of the first electric windows regulator designed to increase the comfort of most of the cars, that originally had manual ones, began.

Our head office is in Campodarsego, near Padua /Italy and a branch in Warsaw /Poland.

Designing, innovating and producing electric window regulators is our business.

The know-how acquired in almost 40 years of activity is our strong point and has allowed us a wide commercial expansion throughout Europe and beyond.

“Working today better than yesterday and better than our competitors”: this is the principle that drives our company in the day by day work.

A range of more than 1.400 models of electric window regulators for cars, commercial and industrial vehicles allows us to offer the widest and most complete choice to our customers.

The production of electric window regulators absorbs over 90% of our production capacity: the remaining part is reserved for electronic device kits for window lifts and customized centralized locks to complete the range.

Politecnica80 constantly invests in research, development and testing to continue to be market leader and serve the top customer in the sector.

Politecnica80 is an ISO 9001 certified company for After Market and IATF 16949 for the Original Equipment.

With these certifications and the strict tests done to our products, we can guarantee our customers to receive a quality products that are reliable over the times.

The periodic tests are performed according to the norms and specifications of the Original Equipment.

Every day we carefully control MATERIALS during each production process phase, starting from acceptance of goods, to production, up to the final test of finished product.

We dedicate a lot of time to the DURATION TESTS IN CLIMATIC ROOM and these tests are performed with constant frequency. The same high quality of RAW MATERIALS and SEMI-FINISHED MATERIALS used for ORIGINAL EQUIPMENT are also used for the AFTER MARKET products, to demonstrate the high quality you can expect from us.